RUSH: In addition, we got Nikki Haley. I have one question for Nikki Haley. Did you tell Trump what Kelly and Tillerson were doing, or did you save it for the book? And if you didn't tell Trump and you only saved it for the book – (interruption) what do you mean, you know about the book? Right here in my formerly nicotine-stained fingers, Nikki Haley, former U.N. ambassador -- and, by the way, I need to remind everybody that our impressions of Nikki Haley were great from the beginning of the Trump administration. 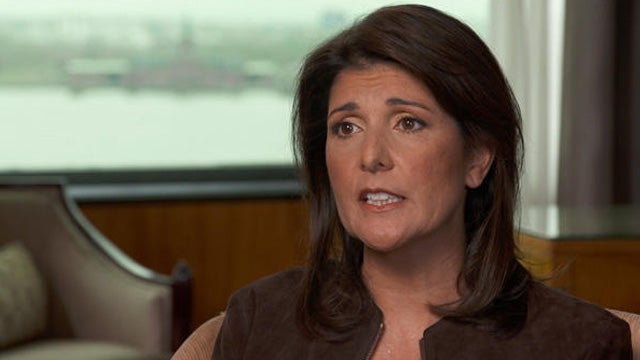 She was doing a great job at the United Nations. She seemed all-in and all over it. She seemed to be a very, very loyal Trump administration figure. And I don't know that she wasn't, but she's published a book, and in the book the big leak is that she says that the chief of staff, Marine General John Kelly and Rex Tillerson, the secretary of state, sought to recruit her to subvert Trump, but that she kept all of this to herself until now, until her book! She didn't tell Trump? Obviously she didn't tell Trump. Is anybody surprised?

I'll tell you, I'm surprised by Tillerson. I'm not surprised by Kelly. But I got Tillerson all wrong. I guess I liked his name too much. I thought the name Rex Tillerson was a perfect name for the CEO of a big, bad fossil fuel oil company. He followed a CEO by the name of Lee Raymond who was another -- gotta see a picture of Lee Raymond on a happy day. This guy is classic, and he was the guy that preceded Rex Tillerson.

The National Security Council has not been swept out. The vipers are there. And I recalled a story from long ago in Politico talking about this. I went back and found it, and I will share the details with you as the program unfolds.