RUSH: You know something else that I've noticed? I can't recall a Veterans Day in the past that has received this much attention. Veterans Day in the past hardly was even noticed. It had its perfunctory accolades for a minute or two, five-minute segment on morning shows on cable news, the casual thrown-away message here or there. But today it is a huge day. And I'm trying to understand what’s behind this, 'cause everybody's paying attention to it today. Everybody is lauding. 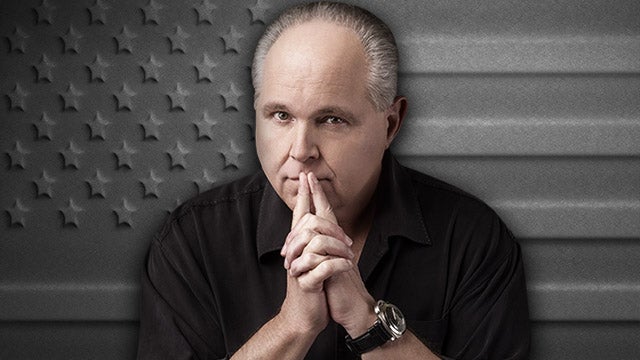 I know the president always goes to Arlington, the president always does something. But that is a perfunctory thing too. It is a massive amount of attention being paid to veterans. I even got -- this has never happened to me before. In the last three weeks I have had a bunch of rich guys, actually, now that I think of it, send me notes, “You need to put something on your Twitter page and your Facebook page thanking the veterans.”

“Yeah, but you need to do it on Veterans Day. We're running a campaign. We're trying to get everybody we know to put on their Facebook page, their Twitter page, thank you to veterans.”

I said, “Okay, happy to do it.” But we do it every day here. We don't have one day of the year on the EIB Network where we say that we admire and respect veterans. We do it every day. We express admiration and awe every day. But this Veterans Day -- it's a good thing; don't misunderstand. This Veterans Day seems to me to be getting a tremendous amount of attention, which is not a complaint. Just makes me wonder what's behind this. 'Cause nothing happens on its own. 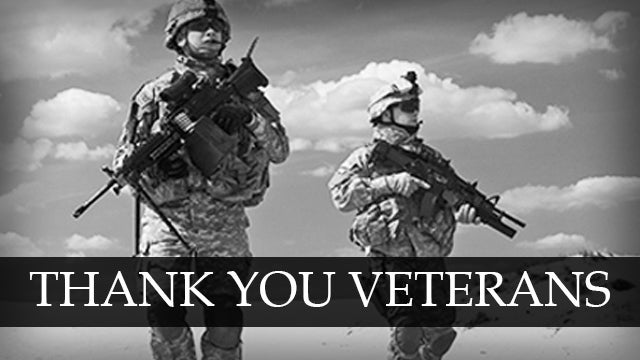 Energy has to have an origin point. And then it has to have constant propulsion for it to maintain. And something is -- no, no. Don't misunderstand. I’m not saying anything nefarious. Just go to the last 10 Veterans Days and they're a blink in an eye. And today it's getting the attention it should get every Veterans Day. And it's not because of recent events. It's not simply because we got al-Baghdadi Sahib Skyhook. It's not because of any particular military operation.

Anyway, people have been asking me, and I'm telling you there's like five or six of 'em, to do something special on our Facebook and Twitter pages. Never happened before. (interruption) No, they didn't ask for credit, no, no, no. Nothing like that. They just asked me to do it, and they were asking any number of other people to do it as well, I'm sure.

RUSH: Of course there's an answer to why all this attention on this Veterans Day. I checked the email, and I'm happy to see a bunch of people get it. There are two things going on. We're getting now into an election year; the Democrats know that that is a problem area for them, and this is partly an effort to get them on board, make them appear to have all this respect for the military. But there's something else, folks -- and, look, I'm not exaggerating this.

I literally have been asked by a bunch of people, "Praise veterans, thank them, do all this on this Veterans Day," things that never happened before -- and I think that's because in part a number of Schiff's witnesses are gonna be military people. Now, Vindman was the star. Lieutenant Colonel Vindman. He's the guy we think told the whistleblower the secondhand news about the phone call.

But the National Security Council -- which is the nexus point for this entire deep state effort to overturn the election results 2016 -- is loaded with military people. And I think there is an effort to affect the subconscious, to create an even greater respect for military so that these particular witnesses that Schiff may call will automatically be credible and accepted.